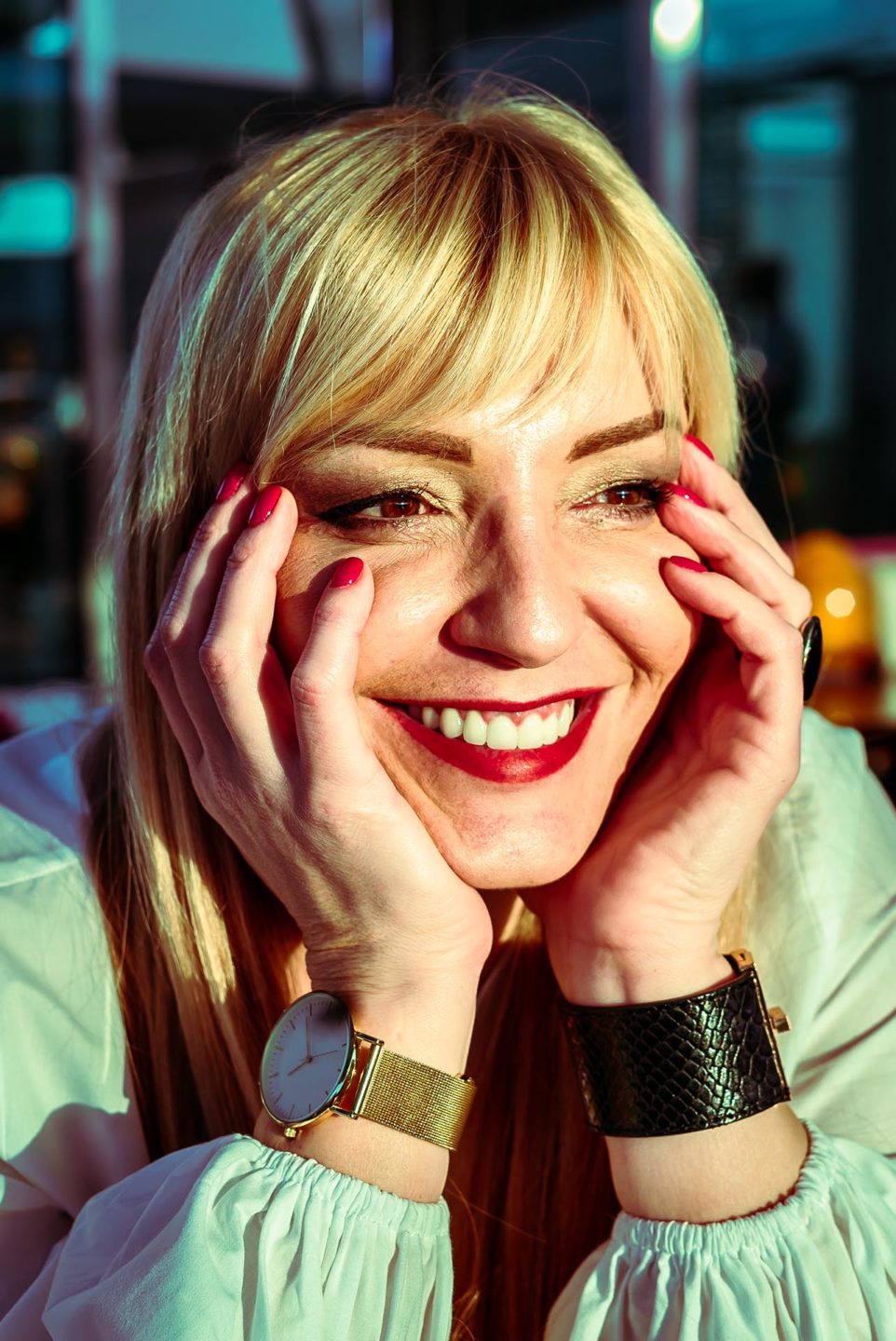 Vesna is from Belgrade.

Leo is her star sign. That’s what she’s in life too. Great fighter. She’s an architect, with a great carrier. At work, better be serious with her! For a long time now, she’s been dreaming about her perfect job. That’s how her face expression is. Dreamy. She knows she’s going towards it. That’s why she’s so happy. Or maybe because of love, that’s been longing for her.
Vesna has a great style. She owns more than 50 pairs of shoes. And as many boots. Dresses – I can’t even imagine. Everything’s branded. She has beautiful, magical hair. Is she a fairy? Great nails too, and she loves going to gym. She’s in a great shape. With her, I got to know Doha night life. And I really loved it.

She’s a real hedonist. Lovely, spiritual being. My older sister. She gives precious advices. Honest ones. Because she loves people. You! She wants to help you. And to stay close.

Her heart is big, and always pumping with power. Power, that can do anything.