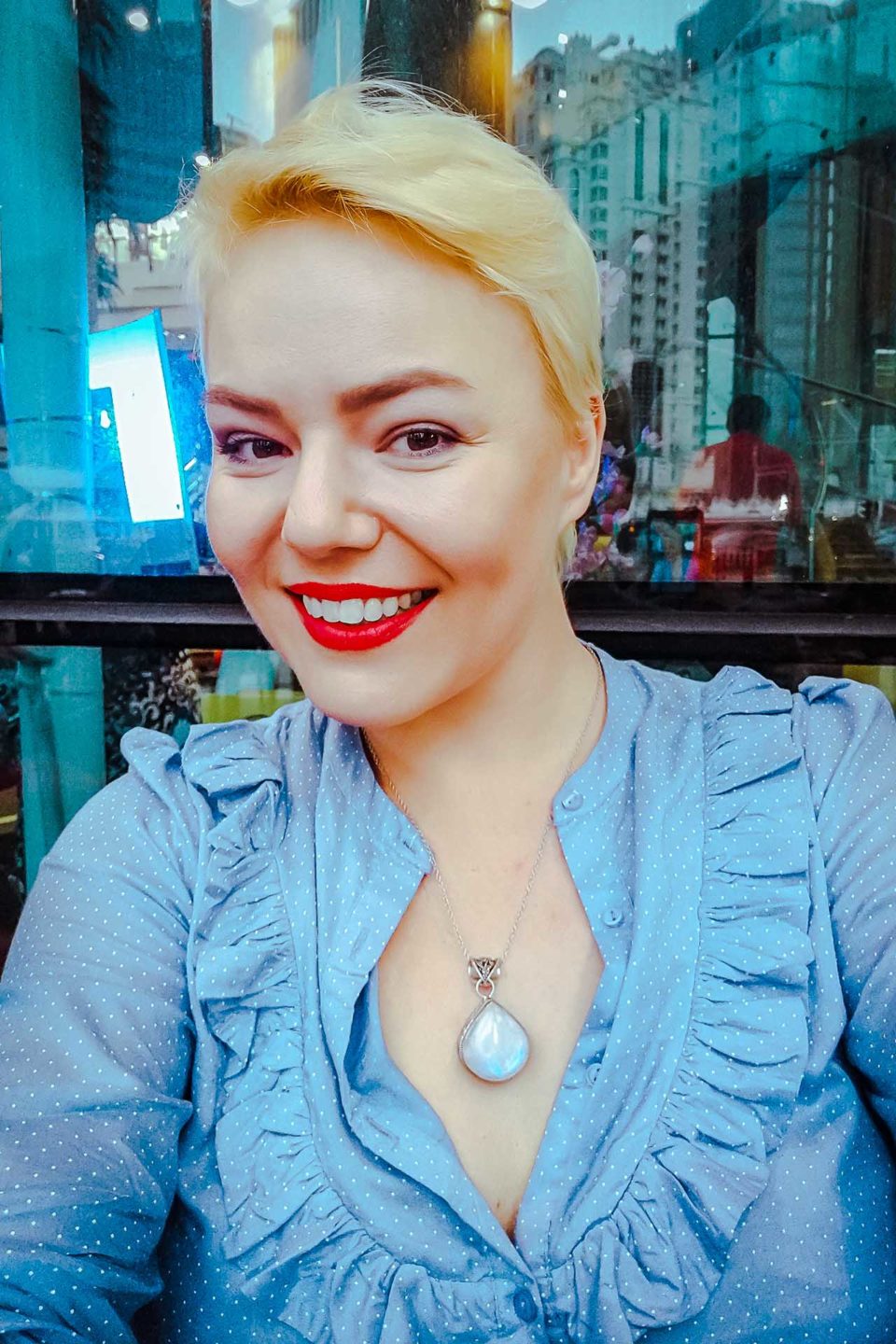 Ivana is from Novi Sad.

Her star sign is Taurus. Long story short – she’s a hedonist. She likes traveling, and she saw half the world already. Planning to see the rest. Of the globe. Very soon. Ivana is a good person. Her views are wide. How could it be any different? The world is on the palm of her hand, drawn in her life line. The love she carries is infatating. The love towards people. It’s huge. Like Alexander. Maybe Nevsky too. Because of that, she’s always surrounded by friends. And a warm home.

She’s in love with Marilyn Monroe. She acts like her too – merrily, flirtatuous, irresistible. Sometimes – even misunderstaken. But who are we to judge others? She lives her movie-like life. Like on the Sunset Boulevard. In front of the Billy Wilder’s camera. With stone face of Buster Keaton somewhere in the background. She’s a diva. She likes provocative dresses. The white ones. They became somehow legendary. She reads, writes, eats healthy. Loves the music of the ‘60s era, hippie, classic rock of the ‘70s and ‘80s. She’s connected to the Universe. Spiritual to bits, Old Soul. She lived many lives, like Highlander. Loved countless times. Because, Gentlemen Prefer Blondes.

She didn’t like my photo. Understandable, because she can do it all alone. Selfie with my camera. She does that the best too. Spontaneously. Lucidly.