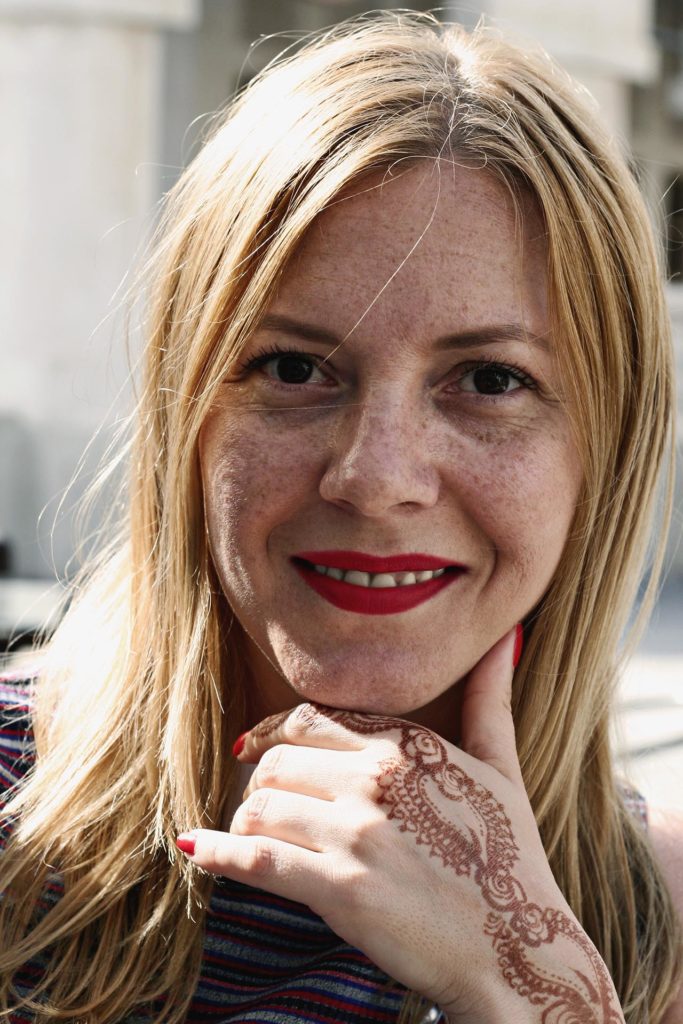 Vanja is from Belgrade. Saggitarius is her star sign. Recently I saw her photographs on Instagram. She was cruising around The Middle East.  That night I dreamt about her. I attracted her towards myself. And it worked. She texted me: “I’m in Doha tomorrow, just for few hours. Do you have time to meet me?”

Vanja and I went together to primary school in Belgrade. I was madly in love with her. She was my silent agony. For few long, long years. I was writing her love letters. Poetic, I guess. Without success. She had a boyfriend back then, and now she’s married. They are a lovely couple.

She works in a bank, speaks perfect Italian. She’s very emotional. Like she belongs in some neorealist movie by De Sica. Maybe she’s GiuliettaMasina instead? Aren’t they similar? Gelsomina in La Strada, or Cabiria. In the nights that don’t fade away. And me, I’m her Fellini. Only in the movie. Or behind the camera. We met each other for the first time after 23 years. On the 8th of March. International women’s day. It was very emotional. I expected it… She hugged me gently when she was leaving. Kissed on my left cheek.

And said she still has my letters.