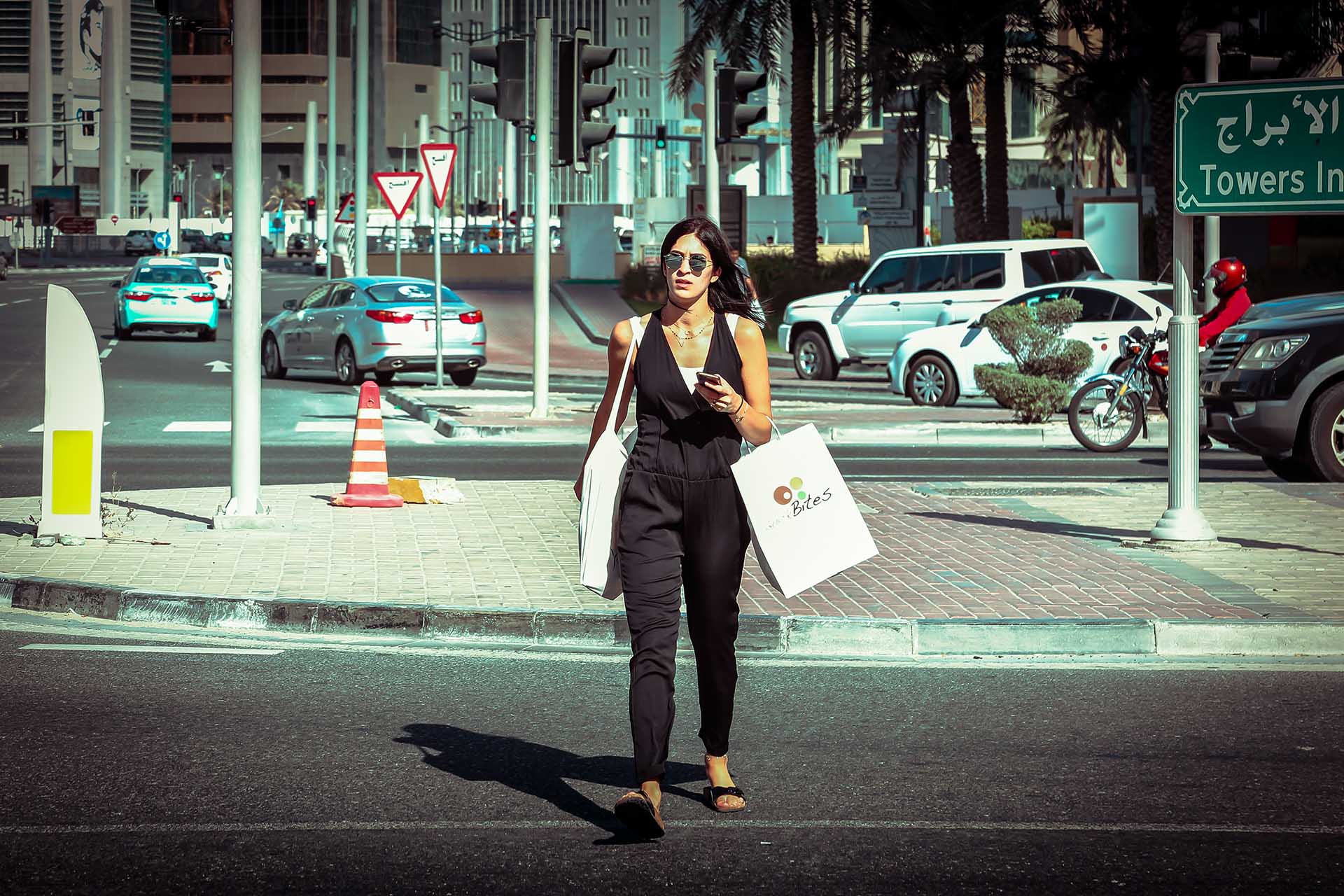 Natalie is from Lebanon.

Saggitarius is her star sign. Without any doubt, she’s the first person I took a picture of in Doha. That’s how it all began. Faces of Doha. As soon as she crossed the street, she asked me to show her the photograph. I must admit I even got a little afraid. She was asking questions. Are you a photographer? Who are you taking photos for? I thought she would make a problem. But at the end, her reaction was benevolent. She gave me her email address to send her the photos. In return, I got a home made cake. A glass of wine. And her phone number.

Natalie works in advertising. She’s very capable. She writes poetry on Instagram. Like many other Lebanese women, she’s really good looking. A little bit exotic, and most of all charming. A woman who never gains weight. But for sure, a woman who gets whichever man she wants.

We remained friends. She lives in Dubai now, boosting her carrier. Elegantly. Like famous Zaha Hadid’s metro. Many stations are in front of her, with many passengers. Some get off quickly, some stay longer.

Fondly watching her shiny, black hair. Flaunting. In the desert.