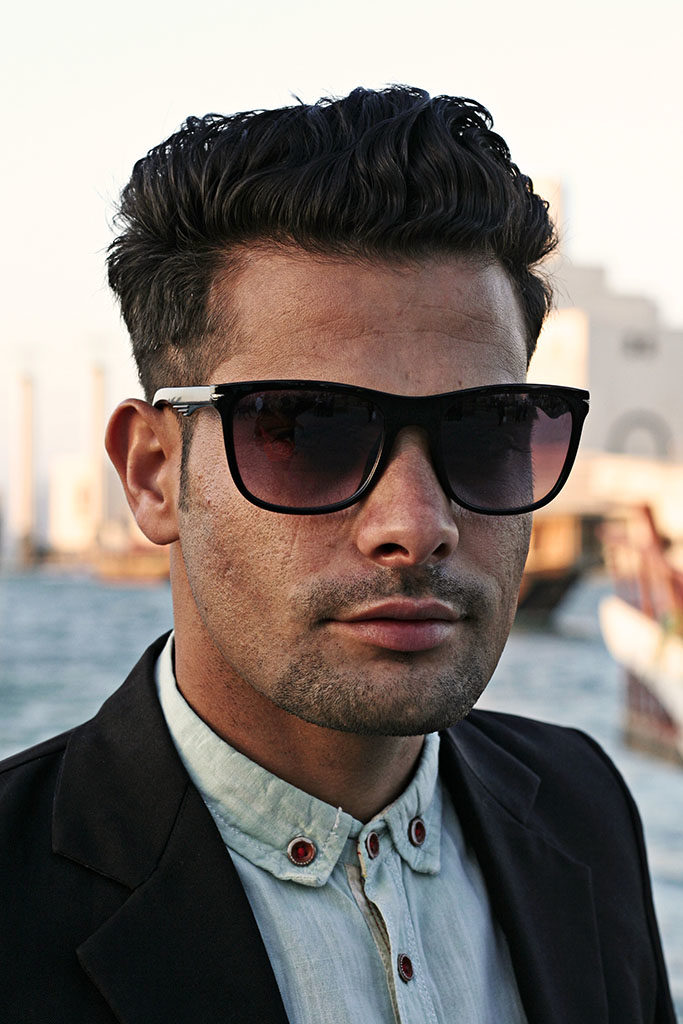 I don’t know his name. Nor his star sign.

I know that I first met him at the Corniche. Very close to the Museum of Islamic Arts. It was Friday. The day when you can hear exotic music coming from everywhere. When merry people from India, Philippines, Bagladesh, Pakistan invade the small part of the path that leads to the Museum. Also, alongside the seashore, dhows slide illuminated by the golden Arabian sun. There, they are saying goodbye to the dying daylight. Abundance of colours, happy, smiling faces. Everything looks, somehow, very simple. And in the same time – mystical. Like you’re not in Doha, but in some other dimension. But you’re not guarded by the Guardians of the Galaxy. Because, Thanos is gone!

He saw me taking photos. And that I’m doing it with love. Maybe, because I make people smile. And because I talk to them. I blended in, like a nomad, searching for my oasis. He approached, and warmly, with a smile, said: “Please, could you take a photo of me too?”. I looked at him, and smiled with approval. I was surprised. The first person in Doha who asked me to be photographed. By my dear vintage camera.

I took a photo of him, it didn’t take long. And then, I was wandering… This face, I knew it. He looked like Guido Anselmi from Fellini’s Otto e mezzo (1963). My favourite actor, Marcello Mastroianni at the Corniche. Appearing like a stranger, looking for his paparazzi. To remember the moment of his true happiness. He didn’t know I was Robert Doisneau! And that the faces I photograph stay written in the stars. And somewhere far away, Luisa (Anouk Aimee) and Claudia (Cardinale) wave. Blowing kisses.

And love their director. Who always makes new scenes, wihout the screenplay. Because, everyting’s in your head!